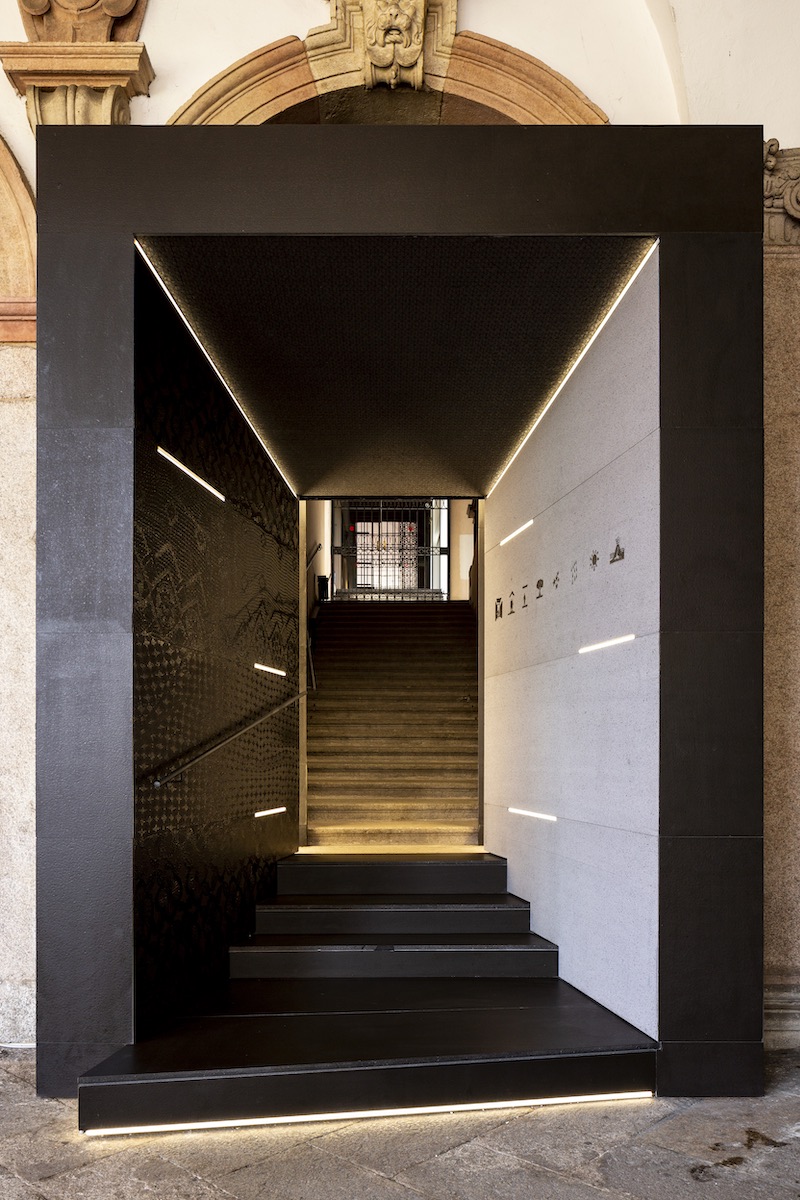 Posted at 15:05h in Events, Journal by mosaicomicro 0 Comments
0 Likes 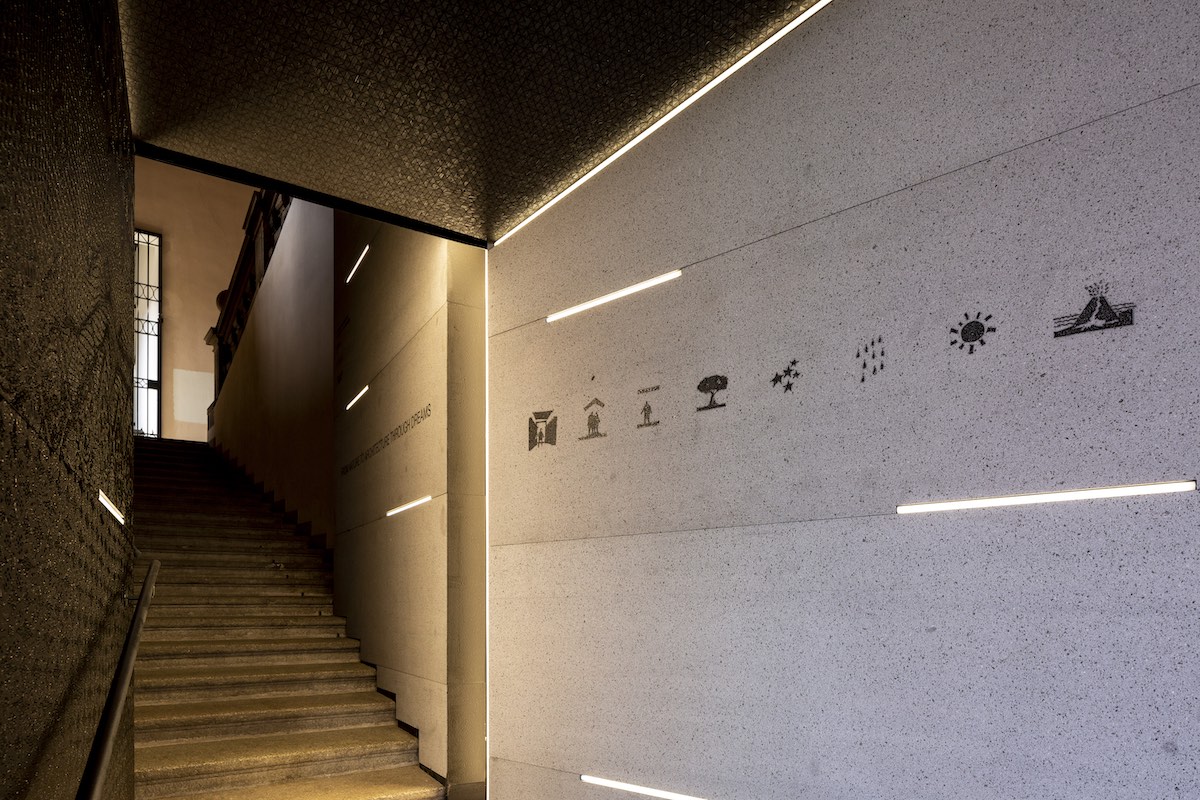 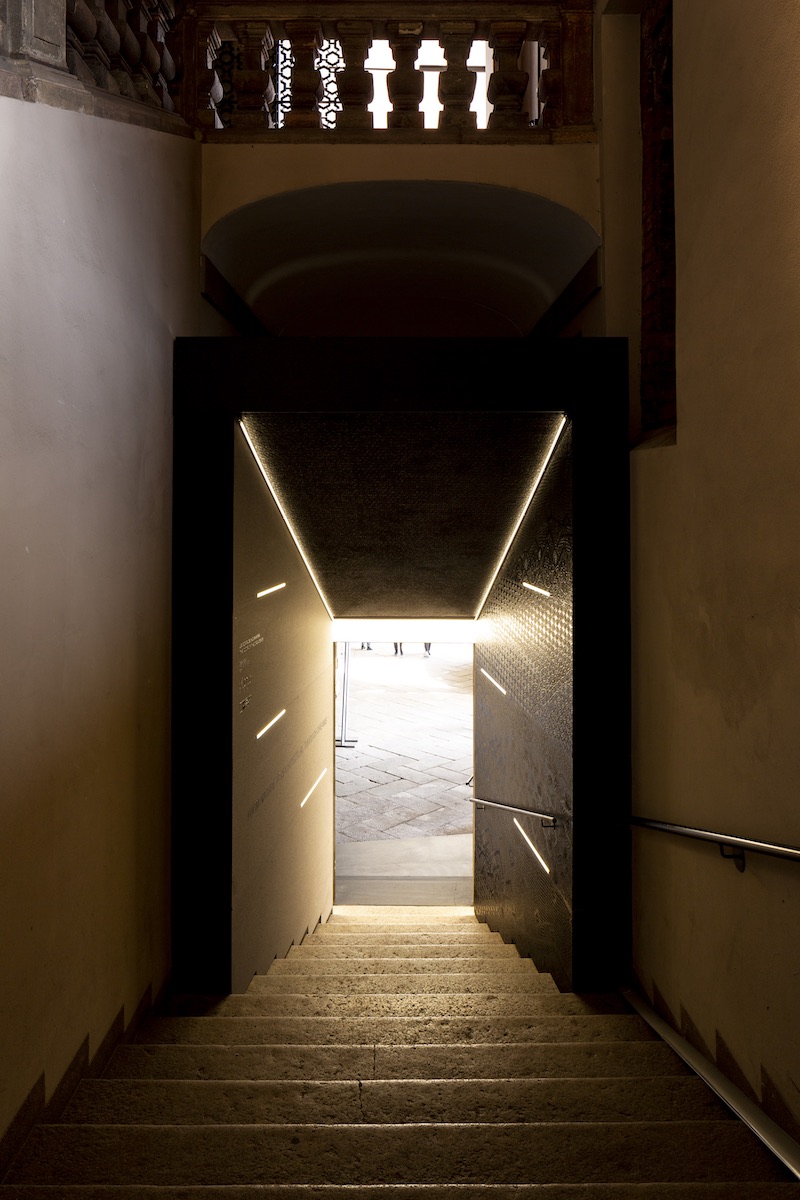 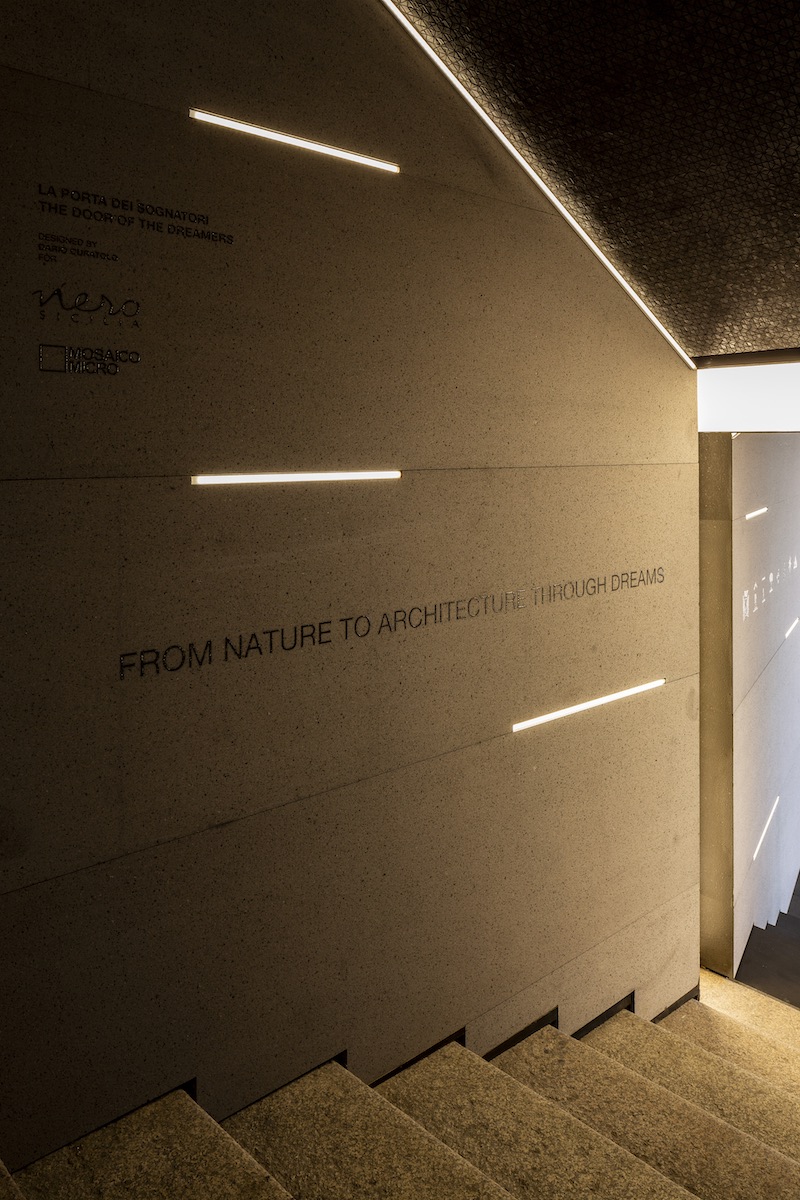 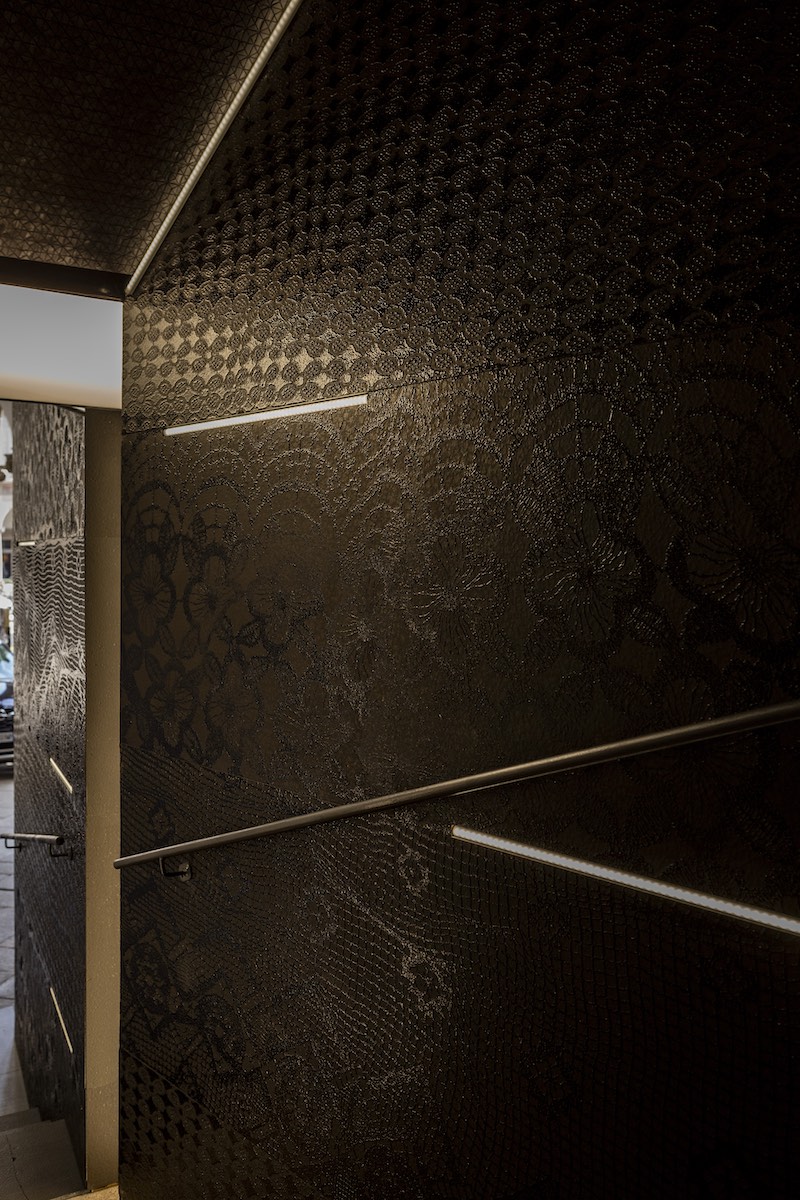 The project by Dario Curatolo represents a sort of ‘degree zero’ of the space of mankind: the sky, the earth, the individual. The earth is depicted by a ‘pour’ of material, substantial, dense, which from the steps expands into the area in front of the portal, made with sheets of volcanic stone by Nerosicilia.

The sky is composed of thousands of stars, tiny tiles produced by Mosaicomicro by recycling glass from computer monitors and discarded television sets: small fragments in different hues, atoms that construct the sky but also the roof, the shelter, the refuge.

The presence of many is symbolized by two large partitions in gray lava stone, almost a cavern whose walls bear signs, words, codes, screen-printed on glass, which like cave paintings bear witness to the evolution of the human race.

The partitions also trigger a perspective effect, as in the work of Borromini, leading towards a door of light: a luminous curtain that divides the space, symbolizing the vision of the future, impalpable, imminent. A future familiar to dreamers, those who attempt to design tomorrow with sensitivity and awareness, because the space of mankind is fragile.

In the installation designed by Dario Curatolo, the Scalone d’Onore takes on a second skin, on an inclined structure that creates an illusion of perspective. Nerosicilia has supplied the volcanic stone (laNera) that covers the steps, and the gray slabs (enneUno), enhanced by screen-printed words and drawings for the walls.

Sorry, the comment form is closed at this time.