Massimo Barbini and Giovanni Salerno, Jpeglab, Sicilian art designers, are two of the authors of the Mosaicomicro brand. 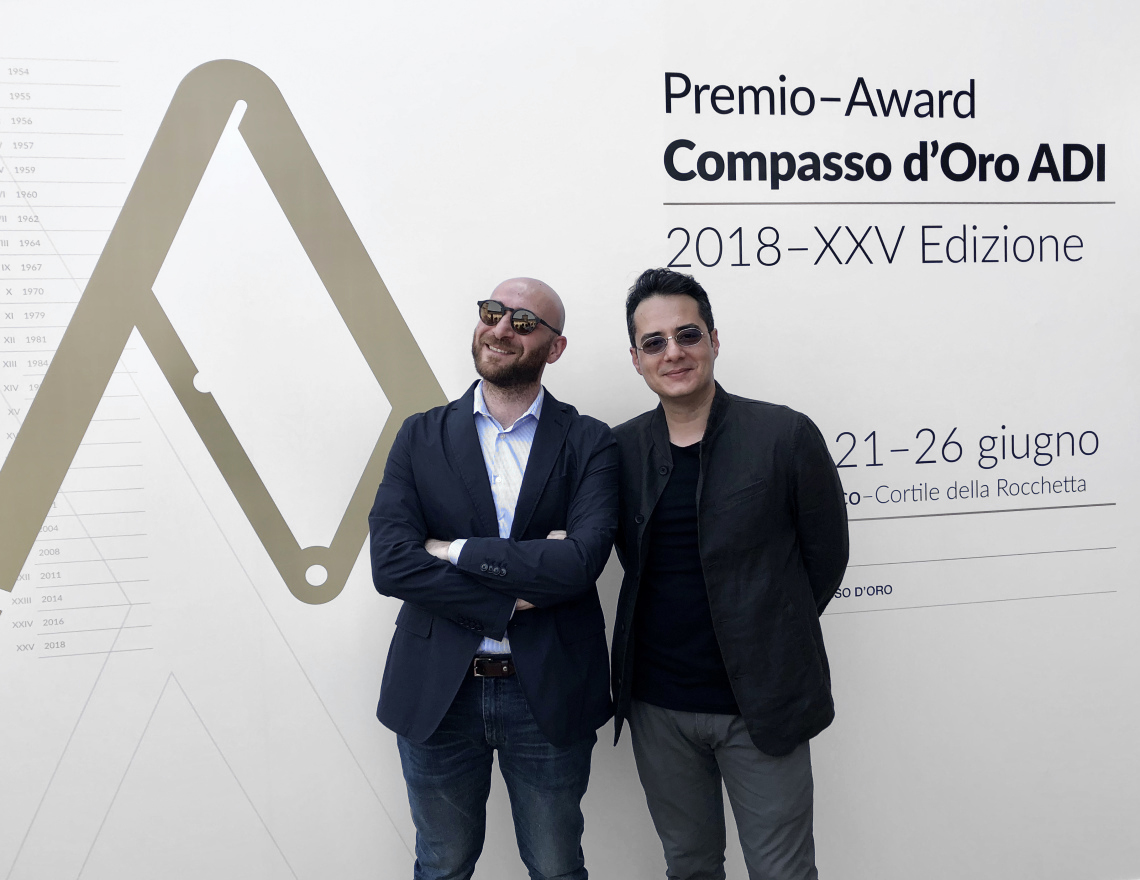 The collaboration between them started in 2007 and in 2012 they founded the Jpeglab studio, an art, design, architecture, marketing and visual communication “laboratory”.

Sicily inspired the first Nerosicilia Textone decorative collection – iRicami and iTessuti two projects that experiment with materials to explore the relationship between tradition and local identity Each piece is made using powder from the recycled glass of discarded TV and PC monitors, the same recycled glass that is used today to make Mosaicomicro products. Their research for Nerosicilia has inspired many brands and designers who have customised Etna lavic stone using their own decorations and/or by using and adapting it for different end uses, simply by coating it.

Multiplemis one of the most recent projects (2015 – 2018). A design – concept of forms – dedicated to Mosaicomicro, intended to emphasise the subject by “multiplying” it in geometric shapes (triangles and trapezoids), transforming it into a surface with multiple structural and aesthetic nuances. In 2016 Multiplem was selected by ADI Design Index and in 2018, received an Honourable Mention at the XVV Compasso d’Oro ADI.

“When we met for the first time, it was 2007. We were perfect Strangers. It was perfect for building a friendship. We were trained differently. We were of different ages. And we were different in our way of looking at things and, given that – as we say in Sicily – diversity is wealth, we came up with a creative map, almost physiologically, that we update on a daily basis with new points of reference for ourselves and for those who want to follow in our footsteps.”